We have launched in test mode the ability of subscribing and donate through PayPal with "Boosty" service! Please visit this thread for information. 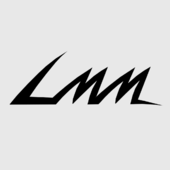